Achieving Diversity in the Boardroom and Its Benefits

The need for inclusive leadership in corporations – particularly at the board level – has never been greater.  Research has shown that gender and ethnic diversity in the boardroom clearly correlates to company profitability, women are more inclined to work at companies with diverse boards, and states are passing or looking to pass legislation mandating diversity at the board level.

The choice is clear. The difficulty is now achieving it.

Odgers Berndtson, in partnership with NACD, hosted a board panel discussion where they asked important questions about recruiting diverse directors for companies and provided insights into how both women and men can help bring about this needed change.

Thank you to our program sponsors: 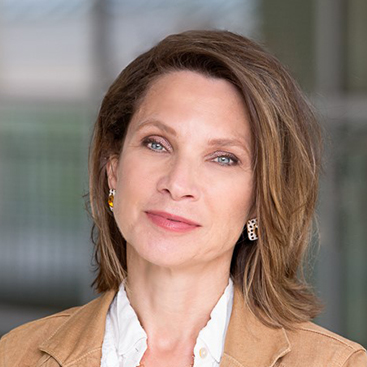 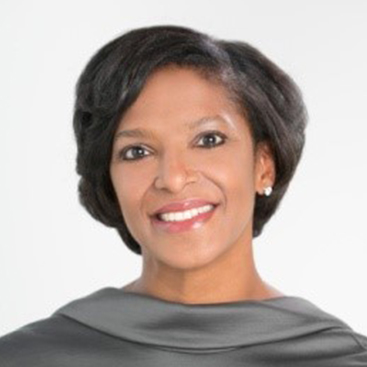 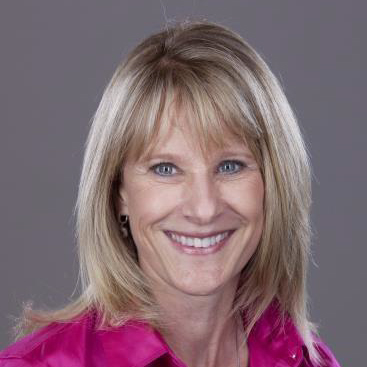 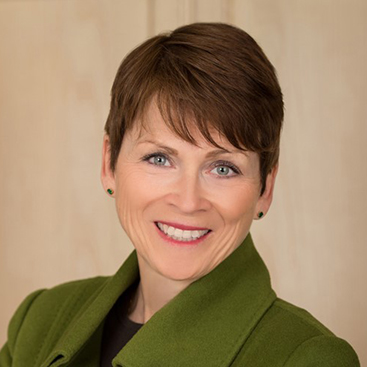 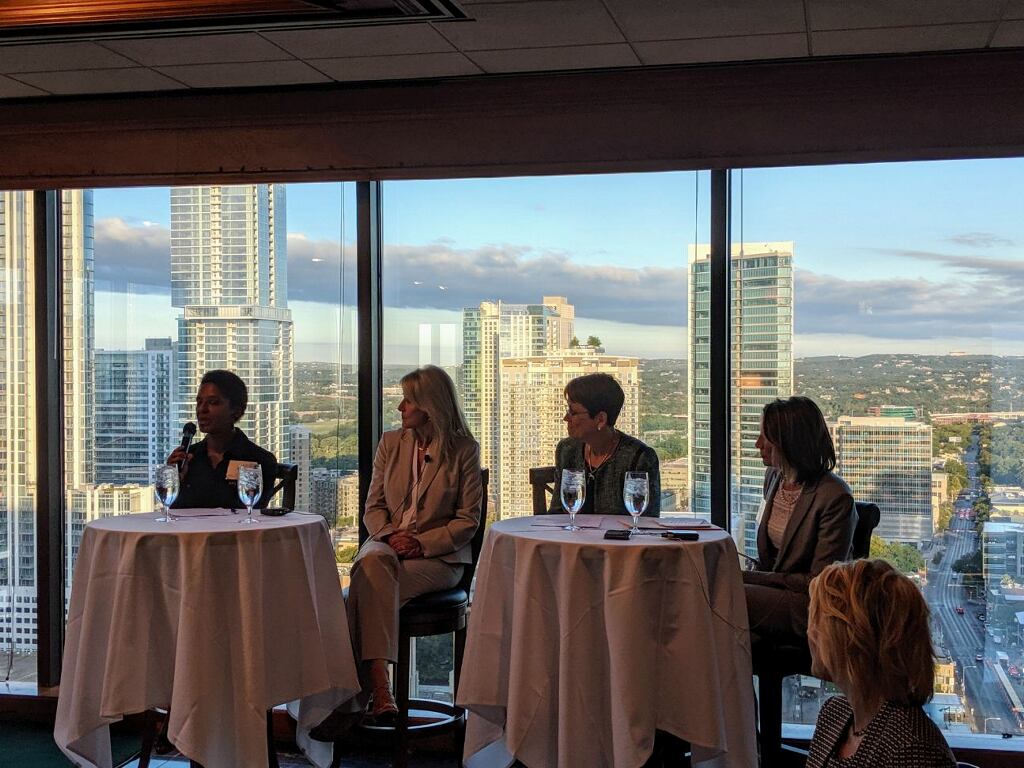 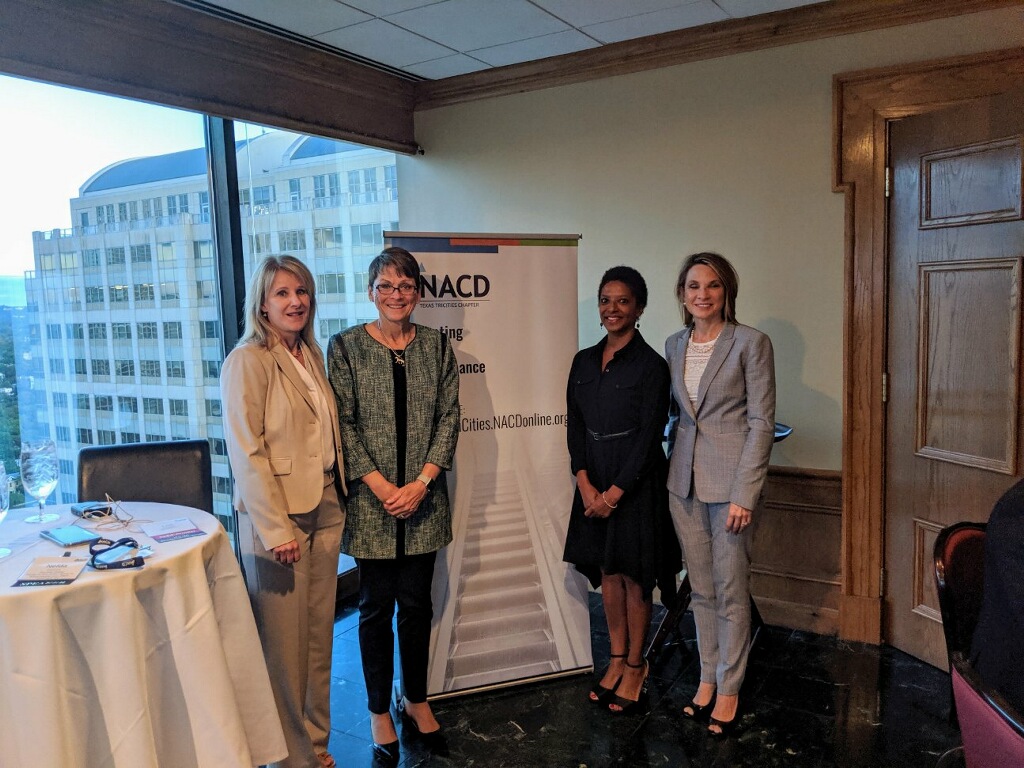 Lisa Hooker is a Partner in Odgers Berndtson’s Austin and Silicon Valley offices and a member of the firm’s Technology and Board Practices. Lisa brings dedicated expertise in telecomm, AI/machine learning, cloud, cyber security, IoT, and SaaS. With more than 20 years of executive search experience, she specializes in recruiting senior management, the C-suite, and board directors for clients, including small, niche firms; Fortune 500 enterprises; and venture and private equity sponsored companies. In addition to recruiting, Lisa acts as an advisor to the C-suite and boards of directors on topics, including CEO succession, board efficiency, director onboarding, and leadership assessment and development. She is also an active member of the firm’s Diversity and Inclusion Practice.

Prior to joining Odgers Berndtson, Lisa was a founding Partner of BridgeStreet Partners executive search. She also served as the Vice President and North American Technology Practice Leader for A.T. Kearney Executive Search as well as the Managing Partner, Technology Practice Leader and Member of the Board of Directors for Ray & Berndtson executive search. She began her career at MCI Telecommunications where she held numerous sales and marketing roles. Lisa has presented at conferences and spoken on many panels nationally. She has also been quoted in the Austin Business Journal, Wall Street Journal, and other print and broadcast outlets.

Ms. Connors has more than 25 years technical and operating experience, primarily in the automotive and diversified industrials markets.

As Founder and CEO of Pine Grove Holdings, LLC (PGH), a privately-held investment firm, Ms. Connors has overseen transactions representing over $300 million in enterprise value. During her tenure as President and CEO of Atkore International (formerly a division of Tyco International), revenue peaked at $2.5 billion. Prior to Atkore, she was a senior executive at Eaton Corporation, Ford Motor Company and Chrysler Corporation in various global business leadership and P&L roles. Ms. Connors had the unique experience of a directorship with the Federal Reserve Bank of Chicago during the global economic downturn as well as serving as an independent consultant to the Department of Justice’s Takata Corporation airbag investigation.

Her recognized expertise and sought-after strategic counsel currently place her on the public Board of Directors of Boston Scientific, Delphi Technologies, Echo Global Logistics and EnerSys. She formerly served as a director to Blount International, Vesuvius and Clarcor.

Ms. Connors has lived and worked in Japan, Germany and China.

As a senior executive, engineer and operating officer, Nina Richardson has over thirty years of experience ranging from start-up environments to multi-billion dollar corporations in a variety of disciplines including manufacturing, design engineering management, operations, and account management. She has had full operating responsibility for international operations with annual sales in excess of $1B and has managed complex global accounts with staff and customers in a dozen countries. Nina has taken a privately held company through rapid growth, an initial public offering and delivered exceptional operating results. She has designed and implemented complex supply chains, developed strategy and helped early and mid-stage companies scale.

Nina is a member of the board of directors of public companies, Resideo and Silicon Labs; private companies, Willow and Mythic; bio-technology incubator, Exploramed V; and the non-profit organization, We Care Solar. She was previously a director at SGI, until its sale to Hewlett Packard Enterprise, CallidusCloud until its sale to SAP, and Zayo. She is currently an advisor with Eargo, a hearing instrument company, and Zoox, an autonomous mobility company. Nina is also a managing director of Three Rivers Energy, an energy services company she co-founded in 2004.

Nina served as the Chief Operating Officer at GoPro, a publicly traded maker of the world’s most versatile camera system from February of 2013 through February of 2015. During her tenure as COO, Nina was responsible for engineering, operations, sales, sales operations, customer support, quality, human resources, IT and workplace services. Nina was instrumental in scaling leadership and processes at GoPro. In addition to delivering outstanding operating results, Nina was a key member of the executive team that drafted the S1 and took GoPro public in June of 2014.

Prior to GoPro, Nina provided operations expertise and interim operations management for a variety of companies including Tesla Motors, Touch Tunes Interactive Networks, Solaria, and UltraCell.

She held a variety of executive positions at Flextronics, a global electronics manufacturing services provider, including Vice President of Worldwide Design for Imaging and Printing and Vice President of the Hewlett Packard global account which she grew from $500M to $1.8B over three years. She also held the role of VP and General Manager at Flextronics with P&L responsibility for a $1B+ operation and staff of over 2000 associates at electronics manufacturing plants based in California and Guadalajara, Mexico.

Nina began her career at Hughes Aircraft, Ground Systems Group in Fullerton, CA. Later, at Metcal, a metals technology company, she ran manufacturing operations, technical support and customer service. After Metcal, Nina was responsible for Engineering and Operations at lighting electronics start-up ELI, where as part of the executive management team, she raised more than $10M in venture funding and built and managed a staff of development engineers, technical support associates and operations personnel.

She has led training seminars through Breakthrough International Group for corporations to increase their effectiveness, communication and partnerships. She mentors women leaders through Women Unlimited.

Nina holds a BS in Industrial Engineering from Purdue University and an Executive MBA from Pepperdine.

Donna Troy is the former EVP and corporate officer at Epicor Software, an innovative SaaS based ERP company in manufacturing and distribution. She currently serves on the boards of Pivot 3, Tibco Software, First Derivatives, Curvature and Aptean. Donna is audit committee chair at Pivot 3 and remuneration committee chair at First Derivatives. She is also an industry advisory board member at Kony; a leader in cloud-based mobility solutions and technology advisory board member at Riverside Partners.

Donna has held a series of CEO and global General Management jobs with increasing responsibility and scope and has managed P&L’s from startup to 8 billion dollars at some of the most iconic companies in the technology industry: IBM, Tivoli, Partnerware, McAfee, SAP, Dell and Epicor. She has over 20 years of global operations leadership across the Americas, Asia, Europe and Africa.

Merger and acquisition targets have been core to achieving growth strategies. Donna has identified and integrated over 11 companies resulting in increased revenue, profit and talent retention.

A technologist by education, Donna has unique knowledge and skills across all facets of technology. She has expertise in cybersecurity, SaaS, Cloud, business process software, hardware and services.

Donna is a National Association of Corporate Directors Governance Fellow and has served on the following boards: Partnerware Software, The American Red Cross of Central Texas, Austin Chamber of Commerce, Tenenbaum Institute at Georgia Tech, and the North Carolina State University, Computer Science industry board.