11:30 am -  Seated Lunch and Presentation Begins

Understanding unconscious bias helps us recognize how our actions and behaviors may have unintended consequences and increases our understanding of how we each experience the world. Participants were introduced to the concept of unconscious bias as well as strategies for mitigating it. In this session, participants had the opportunity to learn more about personal blind spots, and engage in open and respectful dialogue about how each of us experiences the world differently.

Thank you to our table sponsors: 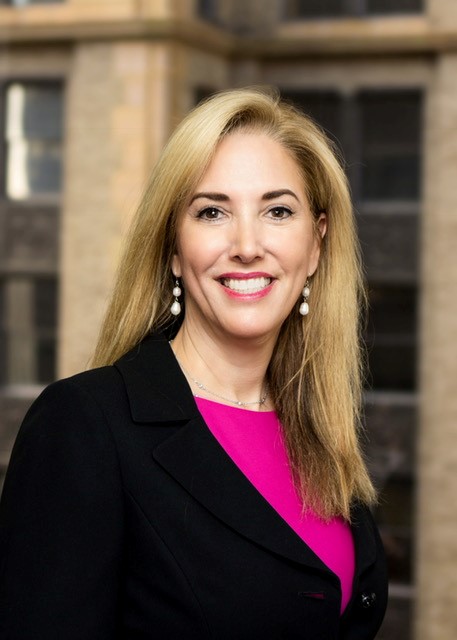 Co-Founder and Principal, The Artemis Fund

Leslie is a Co-founder and Principal of The Artemis Fund, a venture fund focusing on high growth seed and Series A stage companies led by women. She currently serves as a board member of the Houston Angel Network, the most active Angel Network in the U.S, on the Board of Advisors of Deep Isolation, a growth stage company that has a novel solution for the disposal of nuclear waste, and on the Advisory Board of SmartGurlz, a STEM education and entertainment company that creates products to address the diversity gap in STEM. She also serves on the board of the Yale Club of Houston, the Planning Committee of (NACD) Texas TriCities Chapter, and the Investment Committee of Blue Ivy Ventures Fund. Leslie is an active member of the Launch Syndicate in Silicon Valley, a founding member of PandoLabs in Park City, and a member of GHWCC, the Rice Business Alliance, DirectWomen, Center for Women in Law, and United Way of Greater Houston.

Prior to The Artemis Fund, Leslie served as Managing Director with Major, Lindsey & Africa’s In-House Practice Group. In that capacity, she was retained by companies to recruit C-Suite legal executives, and collaborated with her affiliate, executive search firm Allegis Partners, to identify diverse candidates for board service. Before joining MLA, Leslie spent 25 years as a practicing attorney, most recently as Vice-President and General Counsel of Fisher HealthCare, part of ThermoFisher Scientific.

Leslie has always been intentional in her focus on gender diversity in leadership. In her capacity as a practicing lawyer, as a recruiter, and as an investor, she tries to bring attention to the potential for unconscious bias in all contexts: the meeting/board room, the interview process, and the panel discussions with, and questioning of, diverse presenters.

Leslie holds a B.A. from Yale University, an M.A. from the University of New South Wales in Sydney Australia and a J.D. from Fordham University School of Law. She serves on the board of various early stage companies and non-profits.

Rumy grew up in Sri Lanka and came to the Unites States for College. He completed in his undergraduate degree in a liberal arts college in Pennsylvania and got his Masters from the University of Texas at Arlington. He is currently a Principal in Deloitte’s Risk and Financial Advisory practice. During his 17 years at Deloitte he has not only benefited from the various programs focused on diversity and inclusion, but also champions several of these initiatives. He lives in Houston with his wife and two sons age 12 and 14. He is an avid runner, cyclist and enjoys competing in triathlons.

Patricia Diaz Dennis was Senior Vice President and Assistant General Counsel at AT&T until she retired in November 2008. Ms. Diaz Dennis serves on the Boards of Directors of Massachusetts Mutual Life Insurance Company, Entravision, and U.S. Steel. She also sits on the LBJ Family Wealth Advisors Advisory Board and chairs the Sanctions Panel for The Global Fund. She was chair of Girl Scouts of the USA from 2005-2008. Ms. Diaz Dennis received three Presidential appointments, confirmed by the U.S. Senate: Member, National Labor Relations Board (1983-86); Commissioner, Federal Communications Commission (1986-89) and Assistant Secretary of State for Human Rights and Humanitarian Affairs (1992-93).

Among her many awards, in June 2012, the Women and the Law Section of the Texas State Bar selected Ms. Diaz Dennis to receive the Sarah T. Hughes Women Lawyers of Achievement award. In November 2009, the National Hispana Leadership Institute presented her its national Mujer award. In April 2008, Texas Diversity magazine named her one of eight “Most Powerful and Influential Women in Texas” and gave her a Glass Ceiling Award; in February 2008, Hispanic magazine named her one of the top 25 best Latinos in business and she received the 2007 Association of Fundraising Professionals Award for her ongoing commitment to volunteerism and philanthropy. Ms. Diaz Dennis was inducted into the San Antonio Women’s Hall of Fame in 2002.