Entrepreneurial Governance: Forming a Board of Directors for Startups

A critical component to success for a startup or early stage company is the construction of proper governance and board oversight, but often many questions surround the “how” and “when.” In this session, speakers addressed when to form a board, board selection, composition and compensation, the “nuts and bolts” of startup boards and common pitfalls to avoid.

·       Lessons from the trenches from venture capital, angel investors and entrepreneur perspective

Thank you to our program sponsors: 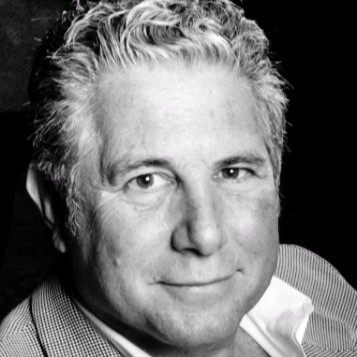 Rick is a resident of Austin, Texas and is heavily involved in the Austin start-up community. He is the former Board Chairman (six years) and member of the Central Texas Angel Network (CTAN), the most active angel network in the country. He has personally invested in 44 start-up companies since 2009 and has assisted many entrepreneurs with insight and recommendations through mentoring and formal participation on Boards, accelerators and incubators. Rick, is also one of the two partners in Mid-City Development, a development and construction business in Austin which specializes in the development of mixed use apartment/condo/townhome communities in Austin neighborhoods. Mid-City currently has nine projects in various stages of development.

He brings with him 35 years of experience in financial management and strategic guidance from two Fortune 50 technology companies, Rick served as Vice President, Corporate Controller and Assistant CFO of finance at networking technology leader Cisco Systems from 1995 to 2007. There he was instrumental in developing and implementing an e-culture of financial reporting across all of Cisco’s worldwide operations. When he arrived in 1995 it took Cisco 21 days to close its monthly reporting books. Under his leadership that task was reduced to less than 1 day worldwide.

Prior to Cisco, Rick served as Vice President of finance for Motorola for 23 years. He had worldwide financial responsibility for the MOS Semiconductor Group for several years. He also was also the CFO for Motorola Japan living in Tokyo for 6 years and assisted in helping to develop Motorola’s cellular and semiconductor operations in Japan, which experienced high growth from $200 million to over $2.5 billion. In addition to his operational experience, Rick has also worked with numerous top tier venture firms from across the country, including as Venture Partner at G51 in Austin.

Rick is currently a Board member in five companies/organizations: one public and one private and three non-profits. Rick previously served on four other public company Boards and six private company Boards. Rick holds a B.S. degree in accounting and finance from the University of Arizona, an M.B.A. degree from St. Edward’s University, and was previously a Certified Public Accountant.

Mitch Jacobson is the Director of the Austin Technology Incubator (ATI) at The University of Texas at Austin, the oldest (30 years) and continuously running business technology incubator in the country. As the past director of the Clean Energy Incubator at ATI, Mitch helped build the $2.5B clean tech ecosystem in Central Texas over the past 8 years. He was recently awarded “Volunteer of the Year for Economic Development” by the Greater Austin Chamber of Commerce.

Mitch also has a passion for teaching the science and art of entrepreneurship and innovation to young professionals and students. In 2016, he was named “Mentor of the Year” in Austin by the Young Men’s Business League and the Young Women’s Alliance as part of Austin Under 40. Mitch also serves as the Executive Director of the Blackstone LaunchPad at The University of Texas at Austin, where he works to ignite a similar passion around entrepreneurship across campus.

His 38 year career includes serving as VP of Sales & Operations for Tech Data Corporation, and a number of executive positions at Dell Technologies in the U.S., Europe, and Rest of World. Mitch founded the first angel investment group in Austin, TX, The Eyes of Texas Partners in 1999 in Austin. He presently serves on the Board of Directors/Advisors at The Nature Conservancy, the UT Environmental Science Institute, Texas Foundation of Innovative Communities, The Austin Forum, and EcoRise. Mitch earned a BSBA in business and marketing from the University of Florida and pursued his MBA at the University of South Florida. He and his wife Janna have three children and two grandchildren.

Prior to S3, Charlie was with Harbert Private Equity Funds, a subsidiary of Harbert Management Corporation. At Harbert, Charlie analyzed and structured leveraged buyouts in the healthcare and manufacturing sectors and assisted with portfolio management. He received his MBA from the McCombs School at the University of Texas in Austin and his BS in Finance from the University of Mississippi, where he was a Holmes Scholarship recipient and a Mississippi Eminent Scholar.

A true visionary, Chris’ passion is driven by an obsession with problem solving, and deep seated frustration with the every-day waste and inefficiency that characterizes modern business and consumer lifestyles. Having spent his career listening to magical solutions that might solve problems “later,” you could say that Chris is a visionary with no time for vision, instead choosing to focus his life and his career on the unlimited number of problems that can be solved right now.

His passion is undergirded by decades experience manufacturing paint, building technology and running data analytics firms. It’s this unique knowledge set, ranging from the chemical to the regulatory to the technical, that allows Chris to see opportunities and imagine solutions invisible to many in the world of supply chain, waste and recycling.

When not obsessing over work, you’ll find Chris swimming or fishing in, near or on water.